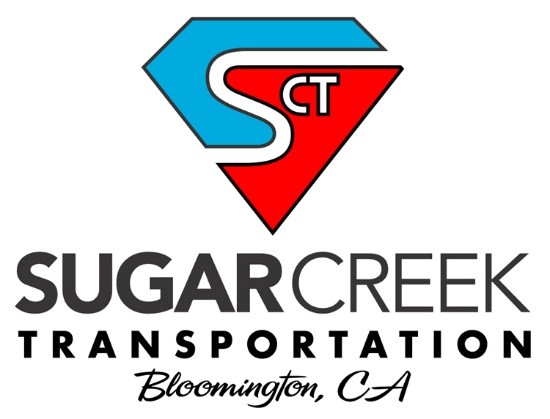 Faith & Hope In The Trucking Industry: An Independent Study 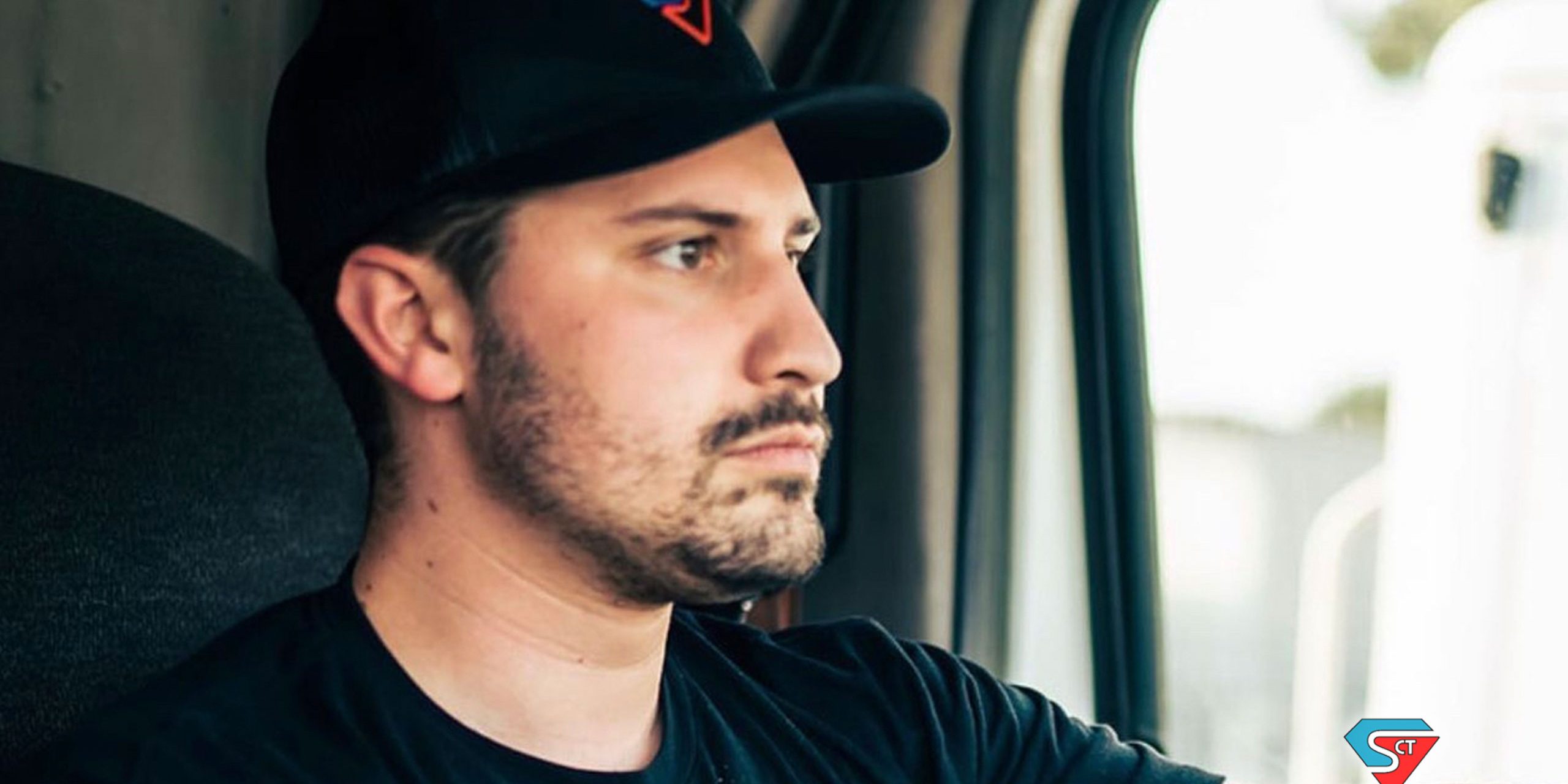 In the past, the trucking industry has been significantly frowned upon but not anymore. Truckers, trucking companies, and trucks all alike across America are an essential part of the U.S. economy. The American public thought was not always in favor of truckers though. Most of the discouragement has historically been due to poor individual experiences, misconceptions, assumptions, and an overall lack of education about the trucking industry.

Brief History of The Trucking Industry

Trucks have been around for a significant amount of time. Same for truck drivers. Trucks were introduced to the United States not long after the first cars, also known as “horseless carriages”. Those arrived sometime in the 1890s.

The Winton Motor Carriage Company of Cleveland, Ohio, was one of the first companies in the trucking industry when it was established in 1896. In 1898, the company produced its first truck. A vehicle that was capable of transporting goods in a trailer attached to it (i.e., semi-trucks). Its job was to deliver those motorized buggies!

The vehicle owned by Winton was adequate for the job, despite the fact that it was not a tractor-trailer. Soon after, other businesses expressed interest in acquiring truck-trailer combinations manufactured by Winton.

The Winton design is still used in its fundamental form today, as can be seen on several roadways. Flatbed trailers, often known as “removable goosenecks” (RGN), are constructed using the same fundamental ideas that the Winton Motor Company put into practice more than 120 years ago. The design has even made its way into the vacation business, where vehicles tow camping trailers by employing the same fundamental concept.

If Winton was the place where the semi-truck was born, then August Charles Fruehauf, a blacksmith from Detroit, elevated it to a whole new level in 1914. The very first design that Fruehauf created could pull a boat behind a car. Soon, he devised other variants for uses like carrying lumber. The Freuhauf trailer company was established in 1918. After more than a century in business, it is still among the most successful trailer manufacturers.

World War I was going on in Europe as Freuhauf was working to establish his business at the same time. The United States of America deployed two million soldiers to battle in other countries, and a sizeable number of semi-trucks based on designs created by Winton and Freuhauf traveled along with them. The value of semi-trucks and trailers was demonstrated during World War II by advancements made during the conflict, such as the addition of inflated tires to facilitate travel across rough terrain.

Trucks manufactured by White and Mack were deemed to be superior to those manufactured by other companies, according to the findings of the military. The effectiveness of the trucks, while they were being used in combat, led to their widespread use after the war. One million tractor-trailer combinations had already been produced by the year 1920, and the subsequent 20 years saw the production of many more millions of these vehicles.

As soon as World War II broke out, Mack trucks were quickly adopted by the United States military as their primary mode of transportation. Over 35,000 Mack trucks were ordered and put into service by the leaders in order to aid war efforts. On the domestic front, the introduction of semi-trucks helped bridge the gap in freight hauling services caused by the demise of railroad service to a number of cities and towns. Semi-trucks eventually surpassed rail service and are now responsible for transporting around 70% of all freight in the United States.

White and Mack trucks, which were instrumental in the Allies’ victories in both World Wars, are still manufactured today but are sold under the names of their parent companies. Some of these include Volvo, Navistar, Daimler, and PACCAR. Other trucks that are well known to anybody who drives on the nation’s roadways are Kenworth, Peterbilt, International, and DAF. These are examples of Class 8 trucks that are most commonly linked with the phrase “semi-trucks” today.

There are currently 36 million trucks in the United States that are registered for usage in commercial enterprises. Approximately 3.7 million of those trucks fall into the Class 8 category. The country’s 6+ million trailers are transported by these vehicles to their final destinations within the United States, Canada, and Mexico. One thing that links them all together is the presence of a truck driver at the helm of the vehicle.

Will self-driving trucking eventually put truckers out of business? That is a difficult question to answer at the moment but from a historical perspective, most likely not.

The Economic Influence Of Trucking Industry on the U.S. Economy

The transportation of goods is both one of the most significant and one of the most intricate industries in the nation. This is due to the fact that trucks move 70% of all freight across our country. The trucking industry is the one that plays the most important part in ensuring that the products consumers like you and I purchase on a regular basis are delivered. Warehouses and retailers, as well as the specialized goods that are utilized by other industries. It would be difficult to identify a sector that does not rely on transportation in some capacity. The most efficient way to fulfill the requirements of the economy in the United States is to transport freight using trucks. Whether through the employment of independent trucking companies or an internal fleet.

Trucking is engaged in 80% of all freight deliveries, for a total of approximately 11.5 billion tons of cargo transported every year. Trucking may be the only mode of transportation involved or may be part of a chain of transportation. The annual revenues generated by these deliveries come to close to $800 billion.

There are about 36 million commercial trucks registered in the United States, of which 3.7 million are Class 8 vehicles, also known as “18-wheelers.” Most people think of trucking when they hear the term “18-wheelers.” Despite this, there are still approximately 32 million trucks of varying classes in operation across the commercial sector. More than 13% of all registered cars are commercial trucks, and their owners are responsible for contributing more than $43 billion dollars annually to highway user taxes. While traversing close to 300 billion miles across the continent of North America, these vehicles burn through more than 50 billion gallons of fuel.

All 36 million commercial trucks are essentially the same, regardless of the Class of truck or the cargo that is being transported.

In September 2022, an independent poll and study were conducted by Trucking Moves America Forward (TMAF) in effort to gauge the current pulse and public purview of the trucking industry. The primary goal of TMAF is the promote and support a positive image of the trucking industry. Such an image is constructed from the extraction of data collection from the general public based on their individual experiences with trucking.

“The image of the trucking industry is at an all-time high!”, said TMAF.

Here are some very specific discoveries and data found by TMAF during their independent poll on trucking:

Trucking is essential to the U.S. economy. It has been such a way for over a century and it is highly unlikely that it will disappear. The trucking industry though is experiencing a lot of drastic changes. A vast majority of those are due to regulatory reasons and also technology. The arrival of semi-autonomous and even fully autonomous trucks will cause a massive disruption of the industry. This can be viewed equally as good and bad like anything else. There will be pros and cons from such disruption and time will truly deliver upon this.

Are you a truck driver looking for a company that will not treat you like a number? Do you want to be a part of a family instead of a company that treats you like a notch on the belt? Do you have at least two years driving experience? We are always looking for self-motivated, driven, and energetic people to join our family.